Love is a game she's not ready to play....Football star Wyatt James messed with the wrong quarterback, and now he’s paying the price. After falling for the same girl, Wyatt ends up blamed for a career-ending move that gets him traded from his dream team to the B-list Los Angeles Coyotes. Now he’s starting over in a new state while praying the scandal doesn’t get picked up by the press. With his life in total upheaval, he’s only certain of one thing - he’s never falling in love again.When Tamera discovers her boyfriend and sister’s secret affair, her heartbreak propels her to reality TV star fame. Now she’s got a big-time Hollywood talent agent, a famous quarterback best friend, and a determination to never again let a man derail her life. Without a relationship weighing her down, it’s only a matter of time before her acting career takes off and she can quit selling houses to pay the bills.When Tamera unexpectedly ends up as Wyatt’s real estate agent, sparks fly - until they find out her best friend and his nemesis are the same guy. As things heat up in the press, vicious lies spread like wildfire, and neither is sure what to believe. Can their hearts heal enough from past hurts to trust in a future together?Fall into this fun and flirty romance today!The No Match for Love series follows the matchmakers and clients of Toujour on their journeys to love. Each story can be listened to as a stand-alone, so start with whichever book catches your interest the most!Current books in the series: Miss Match Not Your Match Mix 'N Match Strike a Match Meet Your Match Mistletoe Match Match Me If You Can 1. Language: English. Narrator: Tiffany Williams. Audio sample: http://samples.audible.de/bk/acx0/124874/bk_acx0_124874_sample.mp3. Digital audiobook in aax. Experience the Audio Drama of the Next Generation: Over 2000+ professional grade sound effects throughout the bestselling novel and an original soundtrack with over 30 theater scores and music tracks produced to give a surreal theater experience for the listener. It starts when reporter Dorian Valentine discovers a horrific secret regarding the Strategic Offensive Reduction Treaty (a critical peace agreement between the former Soviet Union and the United States): One side is cheating, and even worse - the cheating side holds the ultimate trump card. Brutally trained from birth to live, talk, and think like Americans, Russia has constructed the most dangerous network of secret operatives ever known - created for the ultimate trinity: Intelligence, Espionage, and Warfare. This dynamic organization has been planted on U.S. soil long ago by the former KGB to retrieve information at any cost, cause political catastrophe, or kill on moment's notice. Now they are out of control, striking fear into the heart of the Pentagon. The Central Intelligence Agency assembles a powerful team of agents that "do not exist" in an attempt to terminate an enemy that cannot be caught by any traditional methods. The Invisible Enemy grabs the listener by the arm, and casts them deep into the furious depths of intense warfare, awesome espionage, and unpredictable deceit - where there is a frightful undercover agenda that even the operatives themselves are not aware of. The listener is paralyzed with anticipation as the plot somersaults out of control after the enemy operatives swiftly perform a devastating political strike, and then realize they have been set up. Here the game changes and no one has told them the rules. Betrayed by their own country and thrown into a world they cannot trust, they are forced to depend on the most potent weapon they had ever been trained to use: their unnatural minds. In a fast paced novel that spins from one explosive scene to the n 1. Language: English. Narrator: Anthony R. Howard, Alan Baxter, Annelise Makenna, Nate Hargraves, Josh Noblitt, Lourdes Valdez, Nisah Nance, Kate Massey. Audio sample: http://samples.audible.de/bk/acx0/002246/bk_acx0_002246_sample.mp3. Digital audiobook in aax. 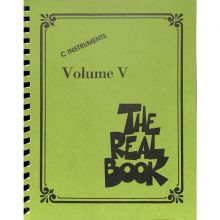 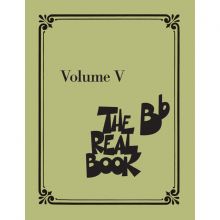 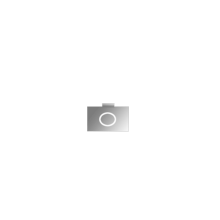 Most fantastic fakebook in the world

Please note that the content of this book primarily consists of articles available from Wikipedia or other free sources online. Nerf N-Strike is a video game developed by EA Salt Lake and published by Electronic Arts for the Nintendo DS and Wii. The game is a rail shooter and focuses on the NERF line of toy dart blasters. It has an optional unique gun for gameplay called the Nerf Switch Shot EX-3, that can either be used as a real Nerf gun, or to play the video game. The game uses various blasters created in real life and some are created for the game that may come out as new guns from Nerf.